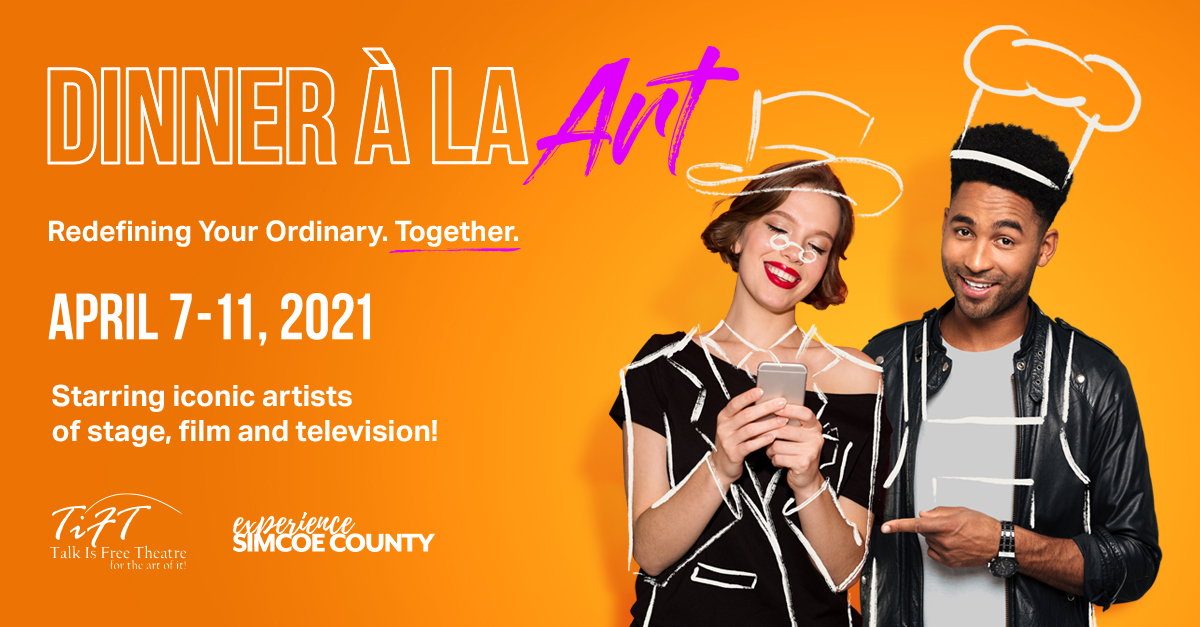 Talk Is Free Theatre announced today the title and star-studded cast of one more reading as part of Dinner à la Art. Streaming for one night on April 11, 2021 at 7pm is a new adaptation of the seminal novel The Great Gatsby by F. Scott Fitzgerald. The classic novel was adapted for online audiences by Richard Ouzounian, who also directs.

Playing the role of the enigmatic Jay Gatsby is international star of Broadway, Film and Television, and best known for his role as Will Truman on NBC’s smash hit sitcom Will & Grace, Eric McCormack. Star of Broadway’s Beautiful: The Carole King Musical Chilina Kennedy will be playing debutante ‘Daisy Buchanan’. The cast also includes TIFT co-founder and Stratford leading actor Mike Nadajewski, Kimberly-Ann Truong, best known for her featured role in the Stratford Festival’s The Rocky Horror Show, Autumn-Joy Dames, who has been featured in Legally Blonde, and Sister Act; Griffin Hewitt from TIFT’s production of Into the Woods; the Stratford Festival’s Aidan deSalaiz, and Montreal based Gabe Maharjan, who has performed with Buddies in Bad Times Theatre.

By F. Scott Fitzgerald,
Adapted and Directed by Richard Ouzounian

F. Scott Fitzgerald’s classic story of romantic obsession in the Roaring Twenties gets an intimate and searching re-examination in this Zoom adaptation by Richard Ouzounian, the first dramatic look at this story since it went into public domain this year. Eric McCormack stars as the mysterious millionaire, Jay Gatsby and Chilina Kennedy is Daisy, the woman he loved, lost and tries to win again…with tragic consequences for all concerned.

The titles and stars of the remaining three readings will be announced every two days continuing February 26, 2021. Please follow Talk Is Free Theatre’s social media channels for updates.